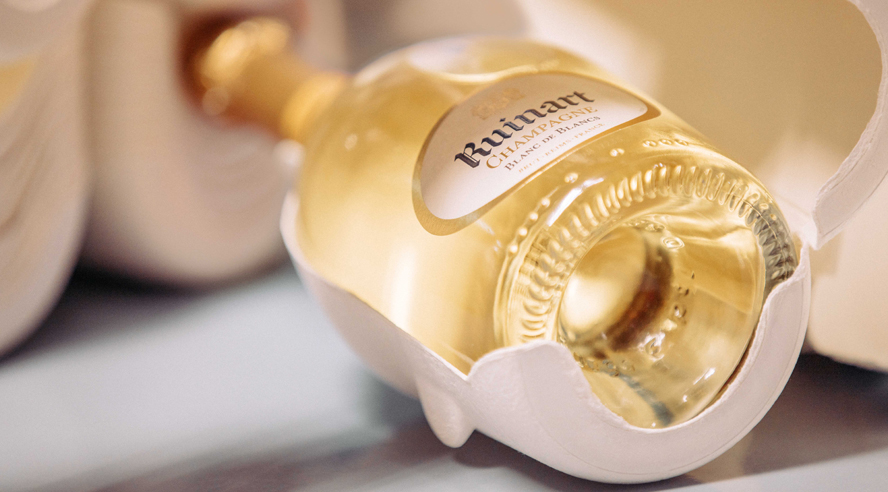 The Ruinart House has announced a new disruptive, eco-designed, zero plastic, 100% recyclable packaging that is 9 times lighter than the previous one. During the first Vinexpo Paris trade show, which has just closed its doors, Ruinart announced that it was working on a new packaging for its R, R Millésimé, Rosé and Blanc de Blancs wines. The result of more than two years of research and development, the case will replace the House’s existing boxes. 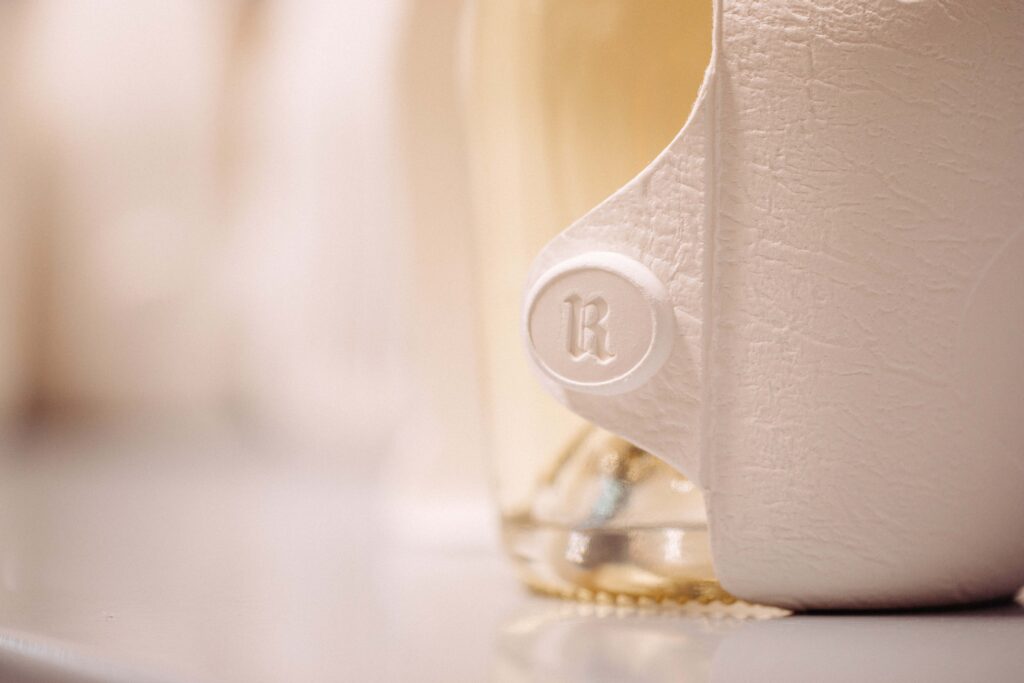 The "Second skin case" by Ruinart

Like a second skin of paper, this packaging emphasises the emblematic curves of the bottle.
It is aimed to completely redefine the market of boxes and cases. Eco-designed, zero plastic, 100% recyclable, it reduces the carbon footprint of packaging by 60% according to the L’Oréal B.E.E. (Bilan Environnemental des Emballages) method. (Packaging Environmental Assessment) method of the ADEME. Ultra-light, this new packaging is made of natural wood fibres from eco-managed European forests.
It will be presented at the Vivatech trade fair in June 2020 in Paris and will be available in retail outlets in Western Europe from the 4th quarter of 2020.

« With this second skin case, Ruinart confirms its pioneering role in Champagne and its ambition in terms of social and environmental responsibility. In terms of packaging, this disruptive project embodies our commitment to more sustainable development at all stages of the production and marketing of our products, from the vineyard to the consumer experience. » says Frédéric Dufour, CEO of the Ruinart House.

The Ruinart House: innovation and audacity

Since its foundation in 1729, Ruinart has been a bold innovator: the very first Champagne House, it was also the first to market a rosé champagne in 1764, the first to acquire thousand-year-old chalk cellars, ideal for ageing wines, the first to collaborate with artists in 1896, when Alphonse Mucha was commissioned to produce an “advertisement” to promote its wines, and the first to use wooden cases for transporting its bottles in 1769. Ruinart is still a pioneer today, creating this innovative and eco-responsible case. Its raw touch is a refined evocation of the Crayères, the House’s historic cellars, classified as a UNESCO World Heritage Site. 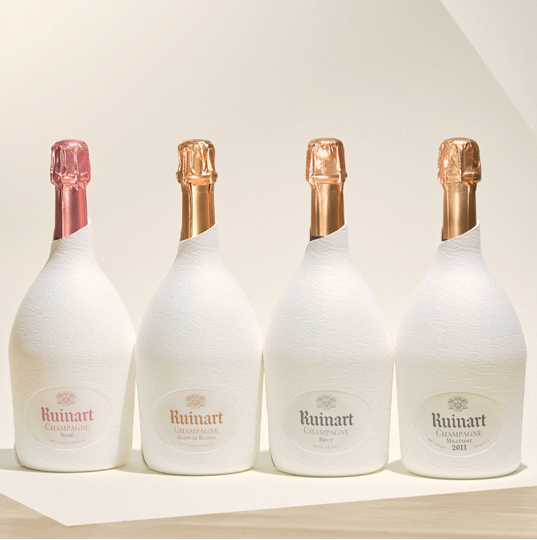 The development of this chalky texture is a technological achievement because of the finesse and depth of its engraved details.
7 prototypes were necessary to achieve the final result obtained thanks to several technological advances in the work of the paper, moulded exactly to the bottle shape, in a single piece. The absence of edges thanks to the precision of the water jet cutting of the contours of the shell, a process specially developed for Ruinart, gives it its unique elegance, as does its closing system, with a press button also moulded directly onto the case. This new disruptive case is a further step in the House’s global approach to more environmentally friendly development, from the vine to the tasting, integrating all stages of champagne production, including packaging, service and visibility tools. The new case is nine times lighter than the previous box and reduces the carbon footprint by 60% compared to the current generation of Ruinart boxes, which are already among the best performers on these issues in Champagne. The House initiated an eco-design approach since 2012.

Leaving behind the visual codes and shapes expected of the boxes used in Champagne, this second-skin case breaks with the traditional offer of its category: it embodies the vision of the House of Ruinart of a more sustainable contemporary luxury, and which aims to become a source of inspiration for other Houses. 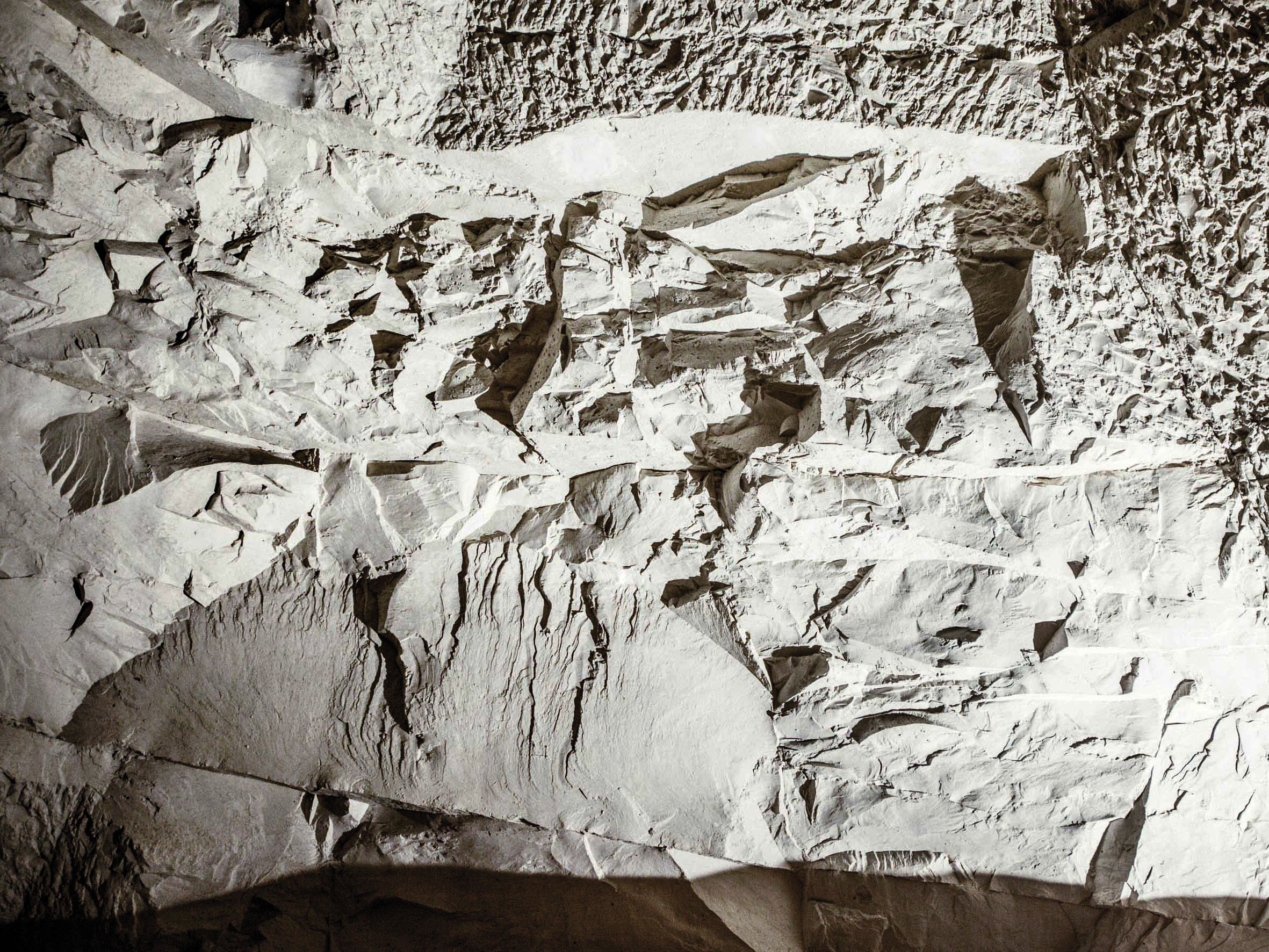 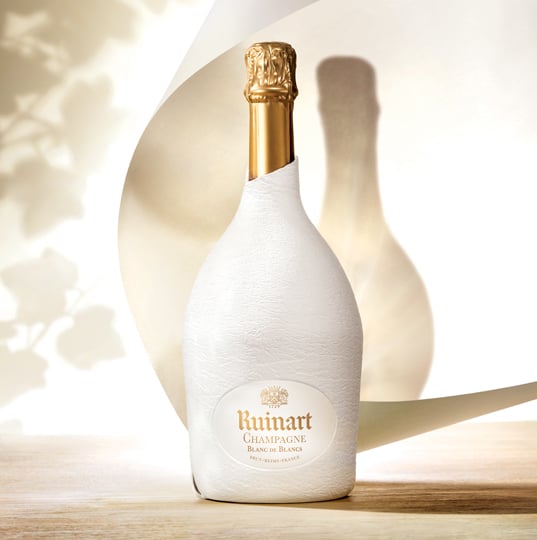