Ruinart is the oldest champagne house, founded in 1729. There was no champagne house before it. Its origins lie in the intuition of a monk who was ahead of his time: Dom Thierry Ruinart (1657-1709), a Benedictine monk who was a visionary, hard-working and modest contemporary of Louis XIV. He detected the craze of the socialites for this new "wine of bubbles", which was not yet called Champagne, but which was becoming increasingly known by aristocratic wine lovers.

A pioneer, it was at the end of the 18th century that the Ruinart family had the intuition that the chalk pits, former white chalk quarries, were capable of offering optimal conditions for the ageing of its wines.Dug into the limestone subsoil of the capital of Champagne, at a depth of nearly 40 metres, the twenty Ruinart chalk pits extend over two levels and 8 kilometres beneath the city of Reims. These chalk cathedrals, which are still in use, are the only ones in the city to be listed as a UNESCO World Heritage Site and classified as a historic site.For more than two centuries, the Ruinart family, ennobled and renamed Ruinart de Brimont in 1817, has run the House with the same constancy. Each generation reveals a talented head of the House.

Ruinart's commitment to the preservation of nature and know-how is both historic and strong. Since 1729, the House has found the roots of its exceptional wines in the work of the land and ancestral know-how. Faced with today's environmental challenges, Ruinart has made strong commitments, and is committed to carrying out numerous transformations to achieve a positive impact on the world. 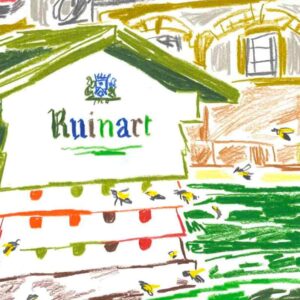 The regeneration of forests and the strengthening of biodiversity are complementary and are particularly effective in combating climate change and its consequences. Ruinart is fully committed to both these approaches today, having embarked on ambitious projects. In collaboration with Reforest'Action, an expert in the management and creation of forests, Ruinart plans to plant nearly 25,000 trees and shrubs between 2021 and 2022 in its Taissy vineyard in Champagne.Ruinart is also extending its commitments on a wider scale by joining forces with Conservation International, with the aim of helping to protect more than 500,000 trees around the world.

RUINART, A PIONEER IN SUSTAINABLE WINEGROWING 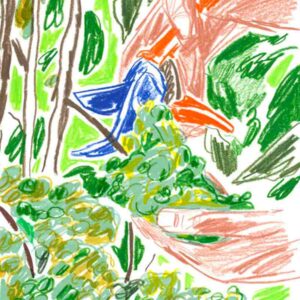 Since the early 2000s, the climate has been changing and the effects on the vines are being felt.Ruinart has been a pioneer in the field of sustainable viticulture: over the last 10 years, the company has reduced its use of inputs (fertilisers and phytosanitary products) by 40% and no longer uses any herbicides.Moët Hennessy-Ruinart's own vineyards have been doubly certified as Sustainable Viticulture in Champagne & High Environmental Value (HVE) since 2014, with more than 120 areas dedicated to biodiversity, and more than 95% of the vineyard is grassed.At the same time, Ruinart provides administrative and financial support to its delivery partners to achieve the dual certification of Sustainable Viticulture and High Environmental Value.